IOM is governed by the Council of plenipotentiary representatives of the IOM member states. The Council meets twice a year to work out general policies, which conform with the approved plans, relevant provisions of the IOM Statute and the Intergovernmental Agreement. The Council is supported by Director General as its executive power and by the Audit Committee which maintains control over the IOM’s activities. IOM is composed of two departments, one dealing with geological and technical issues concerning exploration and exploitation, and the other is involved in economy, administration and management matters. Advisory groups working Ad Hoc are organized to discuss current problems in the field of geology, mining technology and mineral processing. 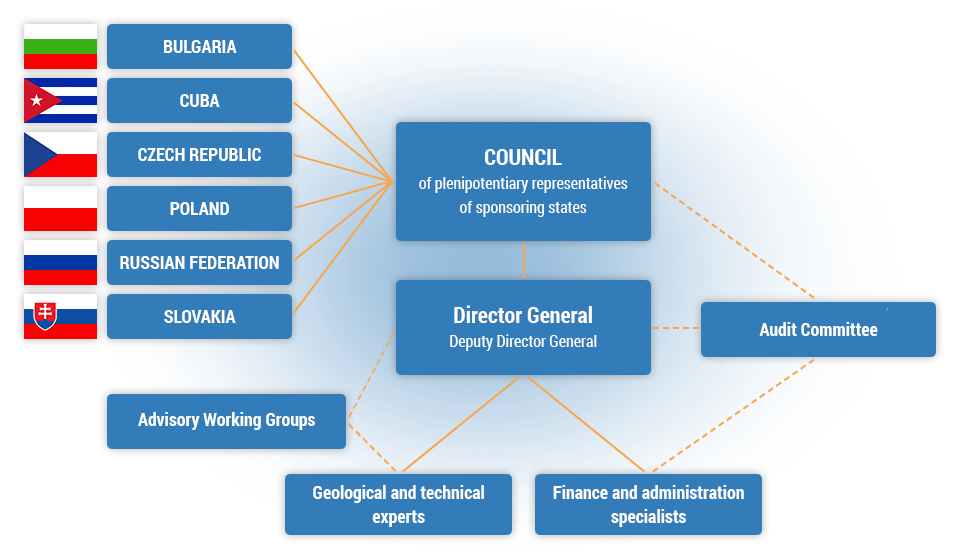